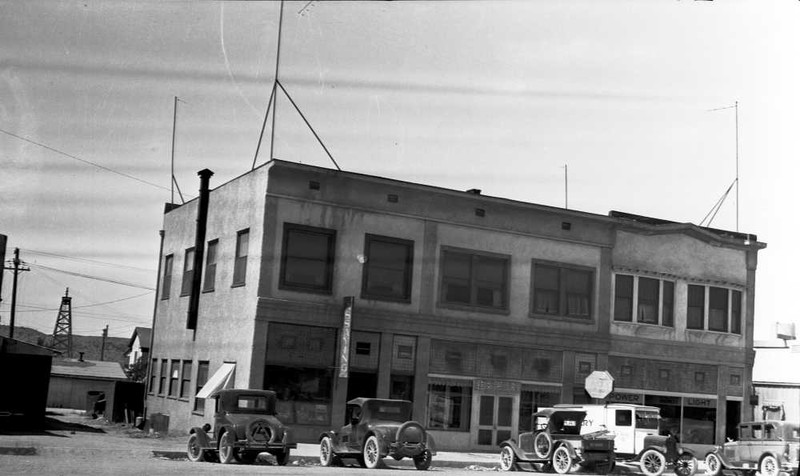 About the Government Seal Murals

Funded by the Route 66 Association of Kingman as part of their public arts initiative, mural artist Dan and Vicki Louden added four murals of government seals that are linked to Kingman history on the W. A. Gruninger Building built in 1921. Founded in 1994, the Route 66 Association of Kingman has facilitated numerous initiatives and projects to enhance the historic business district and Route 66 corridor.

Dan Louden has been painting murals, hand painting scenes and stripes on semi tractors, and lending his talents to public arts projects since the late 1970s. Work on Route 66 includes murals at the Wagon Wheel restaurant in Needles, California, the historic railroad water tanks in Kingman, and at the Ramada Inn, also in Kingman.

Powskey was a 1967 graduate of Kingman High School and a member of the Kingman Art Guild. He received an art scholarship to the Santa Fe University of Art and Design in Santa Fe, New Mexico. Many of his fine art pieces are in private collections throughout the world and are display in Native American museums as well as fine art museums. Powskey died on Sunday February 13, 2022.

The initial proposal for incorporation of Kingman was defeated in a 1937 election. It was finally approved after a contentious election in 1952. Herb Biddulph of the Biddulph-Dunton dealership was appointed the first mayor by the Mohave County Board of Supervisors. Appointed to the city council were E. J. “Charley McCarthy, manager of the garage and Shell station at the Kimo Café, now Mr. D’z Route 66 Diner. Also appointed were Frank Stratton, owner of Stratton’s Court, Alex Thompson, C.R. Wright, and Joseph Hood.

Hood had relocated to Kingman from Tombstone in 1946 after a hotel that he owned burned, and established Hood’s Court and Hood’s Market on Route 66 east of the Siesta Motel. His father had been the sheriff in Cochise County, and his son would later be appointed Mohave County Road Department Supervisor.

The City of Kingman seal was altered to include a reference to Route 66 in 2020. A press release issued by the city noted, quote, “The process of designing the logo took months of work by team members in multiple departments working alongside GEO, an Arizona-based marketing firm. Many stakeholder meetings took place, and input was acquired from local community groups. “This logo looks like the Kingman I think of when driving into the city – the mountains, the Mother Road, the sun and the southwestern colors,” Kingman Mayor Jen Miles said. “I hope everyone feels an affinity with the logo as a place called home as well as the invitation to explore and enjoy our beautiful city.”

Symbolized on the face of the seal are the states key industries in 1912, mining, ranching, and farming. In the background of the seal is a mountain range with the sun rising behind mountain peaks and at the right side of the mountain range is Roosevelt Dam that was completed in 1911.

In the middle of the seal are irrigated farm fields and orchards to represent farming. The grazing cattle represent ranching. To the left is a quartz mill with a miner with a pick and shovel on a mountain representing the diverse mining industry. Above the drawing is the state motto, “Ditat Deus,” meaning “God Enriches.”

The Hualapai Seal encapsulates the tribal creation story. The Great Spirit created man and woman in his own image. They were created as equals and the connecting of the hair shows that they were one person. The story says that man and woman were dependent on each other for survival.

The people were created in the sacred canyons that is represented by the purple in the middle ground. The reservation is pictured to represent that the land belongs to the people. It is the heritage of the Hualapai people. The sun is the symbol of life as without it nothing is possible. It also represents the dawn of the Hualapai people. The tracks in the middle represent the coyote and animals that were here before the people. The green symbolizes pine trees as the translation of Hualapai is the people of the tall pines.

The current Mohave County seal was designed after elk were introduced to the Hualapai Mountains in 1927. Originally Merriam Elk, a subspecies of North American Elk, were only found in Arizona from the White and Blue Mountains west along the Mogollon Rim to near the San Francisco Peaks.

By 1900 elk were extinct in Arizona. Dr. Robert Nelson Looney, the state’s health commissioner and an avid outdoorsman, is credited with reintroducing them to the state. In 1912, the year of statehood, learned that Rocky Mountain elk in Yellowstone National Park were being offered to restock native elk ranges.

With support from Governor George Hunt and the Benevolent and Protective Order of Elks Winslow Lodge Number 539, a fund-raising initiative was launched with the other eleven lodges in the state. The Elks assessed each of their members 50 cents to help pay the $2,125 cost to transport 86 elk from Gardiner, Montana, to Winslow by train. “They were shipped double first class, traveling 24 hours and resting the same period accompanied by a hired competent keeper the entire distance,” according to the BPOE’s Meteor newspaper.

A few weeks after the elk’s arrival in Winslow in 1913, the Rocky Mountain elk were hauled to the Apache-Sitgreaves National Forest in 12 horse-drawn, specially adapted freighting wagons. The next shipments were released at Mt. Graham and on the San Carlos Apache Reservation in 1918, at Alpine and Kingman in 1927, and near Williams in 1928.

As an interesting historic footnote, the elk released in the Hualapai Mountains were supposed to be delivered to Williams. As the cost of correcting the mistake was prohibitive, the elk were released in Kingman and herded into the mountains.

In 2017 a proposal to replace the elk on the seal with a native big horn sheep was submitted to the Mohave County Supervisors. The proposal was rejected.

The date on the seal indicates the year that the county was established. Mohave County was one of the original four Arizona counties created by the First Territorial Legislature in 1864. 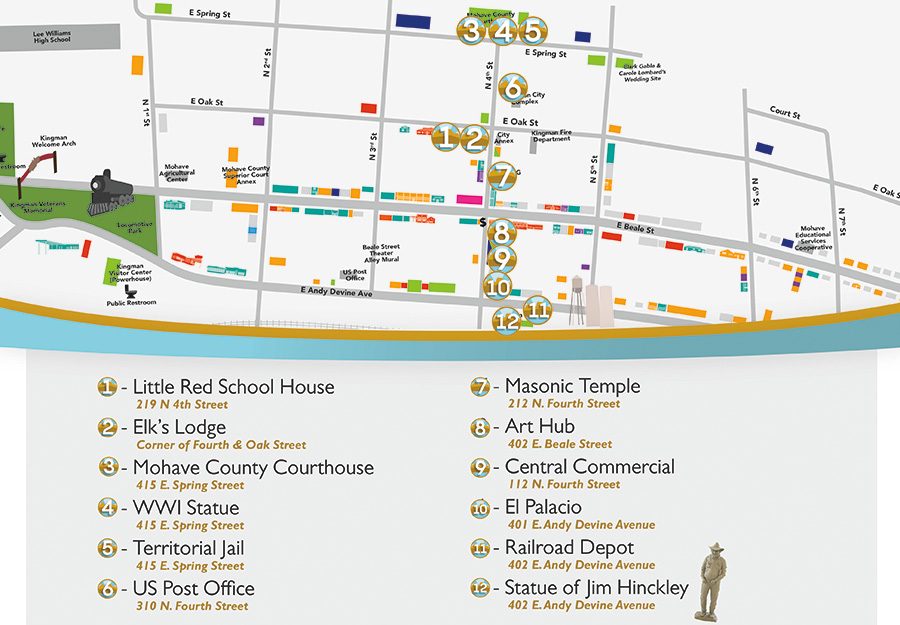